In May of 2013, Greg Grskovich lined up on the start line of Ironman Texas ready to tackle his first ever ironman distance triathlon.  A day that would consist of 2.4 miles of swimming, 112 miles of biking, and 26.2 miles of running in the late spring, Texas heat would do its best to break the mind, body, and spirit of all the race competitors, including Greg.  After stopping the clock at  15 hours 31 minutes, he had accomplished his main goal of finishing, and his fire to improve had been lit.  Greg starting training with TS2 Coaching in August of 2014, completed the weather shortened IM Florida later in November with bike split and run PRs, and turned his attention towards building his fitness for Ironman Texas over the long, cold Indiana winter.  After months and months of consistent hard work, Greg arrived at Ironman Texas ready for redemption over a course that had taken a lot out of him in 2013.  Greg got his race started well by completing the non-wetsuit, fresh water swim in 1:21:52. 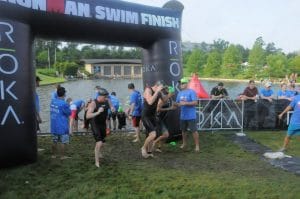 Off on the bike, Greg was determined to ride well, but follow the pacing and nutrition plan that would enable him to have a great day at the finish line, not just for the bike ride.  He did a masterful job of carrying out this plan and came to T2 in 5:45:26.  During the 112 mile time trial, Greg, riding his intended power, broke his personal record for the 40K TT! 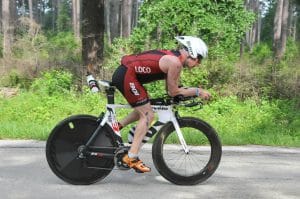 The heat started to rain down on the runners, but Greg persevered.  Greg completed the 3 lap run of Ironman Texas in 4:41:39. 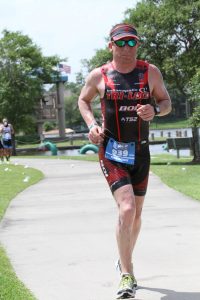 As he crossed the finished line of his 3rd ironman distance event, redemption was his! With that came a new 3 hour 23 minute PR and a finish time of 12:08:22.  TS2 Coaching couldn’t be more proud of this effort both in the preparation during training, and the result on race day!  Great job, Greg! 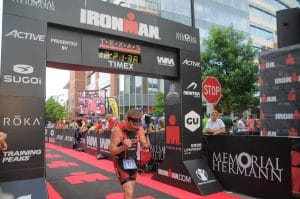