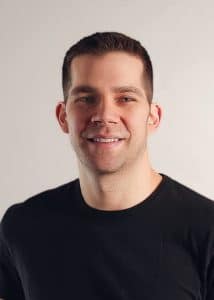 Phil Sconzert is a USAT Level I certified coach and ACSM Certified Personal Trainer with a  B.S. in Wellness Management from the greater Boston area. Phil is passionate about triathlon and the healthy lifestyle that goes hand in hand with it. He competed in his first sprint triathlon in 2014 when a friend encouraged them to try out the sport. Immediately they were both hooked and his friend proceeded to talk him into signing up for a 70.3 and 140.6 the very next year!

Over the course of his triathlon career, Phil found that having a coach matched well with his team sports background and desire to be held accountable. Having competed in several more 70.3s as well as many olympics and sprints, Phil has seen first hand how important having a coach is for any level athlete. Not only has he achieved PRs at all distances while with a coach, he also had limited injuries and avoided burnout many in the sport have experienced.

Phil has competed at many distances of triathlons ranging from super sprints on a NASCAR track to an Ironman 140.6 and everything in between. He has also tried his hand at Spartan races and is attempting his first Swim Run races in 2020.